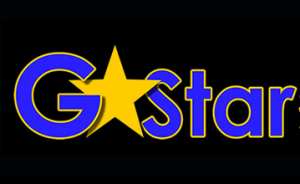 (PALM SPRINGS, FL) FEBRUARY 4, 2016– G-Star Studios (owned and operated by the G-Star School of the Arts), South Florida’s largest motion picture studio, has opened up a new season of productions with a back lot full of feature films, episodic web & TV shows, and major commercials. G-Star students are working on all the shows as cast and/or crew.

This past week auditions for a new web-based TV show, “In Sanity, Florida,” were held in Sound Stage 1 to accommodate the short list of 250 of the 1700 actors who submitted for parts in the show. The web-based TV show’s (then to cable) first season, produced by See-Worthy Films owned by Marc Zatorsky and Shawn Morell, will be shot at various Palm Beach County locations as well as at G-Star Studios beginning in April. Sanity is a comedy about a crazy small town in Florida.

Auditions were also held for “HENRI,” a drama written and directed by Octavian O for New Beginnings Films; an action and suspense story about a martial arts fighter who returns to his hometown to defend himself and the ones he loves, will be shot on G-Star Studios back lot. Scenes from the feature film B.F.F., a film that explores the potentially disastrous relationship between two teenage boys and a girl, were also shot on the G-Star Studios back lot. The film is written and directed by David Haines for RD Productions.

Requests for scouting to shoot at the G-Star Studios film production facilities in the near future have come from a feature film for select scenes starring one of the silver screen’s biggest stars; a major commercial by a multi-billion dollar sports company (back for a third production); and a new episodic TV show already licensed for a major cable network. All productions will include G-Star students.

Additionally, the G-Star School of the Arts will be hosting an open house next month. On March 5th and 6th from 1-2:30 p.m. students and parents are invited to come in and learn more about what makes G-Star one of the top Palm Beach County charter schools.